As autumn gets underway with its ever-changing display of rustic colours, it also signifies changes in the types of food that we enjoy. Barbecued meats and salads make way for hearty soups, casseroles, jacket potatoes, curries, fruit pies and a host of other autumnal fare. Exciting times!
Of course that means it’s also the time of year to be making delectable chutneys, jams and pickles from the fabulous fruit and vegetables that both nature & hard working farmers present to us. They can then be enjoyed throughout the winter months, especially at Christmas and New Year, when they are the perfect accompaniments to meats and cheeses. Bottled in attractive jars, homemade preserves & chutneys make thoughtful gifts too.
Don’t forget to stock up with Pickling Spice, which can be elusive at this time of year, when demand can outstrip supply! We are particularly proud of ours, hand-blended here at Seasoned Pioneers, a hot mix of the sweet peppery flavours of cloves, peppercorns, allspice, black mustard seeds, mace, galangal root & coriander seeds.
Not only good for pickling, the blend is also perfect used in slow cooked pot roasts and stews or in soups and rice dishes. Pickling spice is not just for pickles anymore! 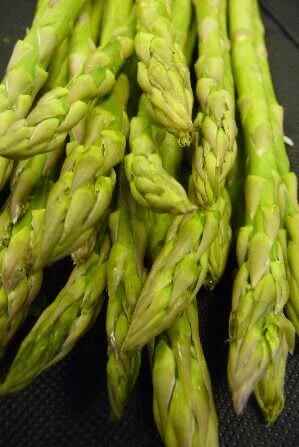 Although we can buy imported asparagus all year round, it is with great anticipation that we await our own home grown asparagus. Such excitement is justified, as it is available for only a short season from the beginning of May to the end of June.

Apart from being utterly delicious, asparagus is an intriguing and attractive vegetable which has prompted us to gather a few interesting facts:

A member of the lily family, an asparagus plant takes at least three years to establish, as it needs to develop a deep root system. The spears grow from an underground ‘crown’, which can send spears up for 6 to 7 weeks in the growing season. In the right weather conditions and ideal sandy soil, a spear can grow 10 inches in 24 hours!

Believed to have been introduced to Britain by the Romans, asparagus has also been found depicted as an offering to the gods on an Egyptian frieze dating back to 3000BC. Historically, it has been consumed as a vegetable and for medicinal purposes, being thought to cure most ailments, including inflammation and indigestion.

Indulged in as a delicacy by the ancient Greeks, the name apparently originates from the Greek word ‘Aspharagos’ which means shoot or sprout. In old England, it was once known as ‘sperage’, which became adulterated to ‘Sparrow Grass’ in the 18th century. The latin name is Asparagus officinalis.

Asparagus is mostly grown as the green variety, but can also be purple or white. White asparagus is cultivated by covering the plant with a mound of soil depriving the growing spears of sunlight. They are then harvested as pale shoots when they erupt from the soil.

Steamed, boiled, stir-fried, grilled and roasted are just a few of the ways that asparagus can be cooked. When preparing the spears, simply break off the tougher ends as you will find there is a natural point where they will snap off, ensuring you don’t lose any of the best bit!

Asparagus is rich in protein, fibre, anti-oxidants, folic acid, numerous vitamins and minerals, yet is low in calories and sodium and contains no cholesterol.

Long renowned as an aphrodisiac, the 17th century herbalist Nicholas Culpepper wrote that asparagus “stirs up lust in man and woman” and a 19th century French pre-nuptial dinner would involve the bridegroom being served three courses of asparagus! However, this claim is more likely to be due to asparagus being so nutrient rich, therefore contributing to healthy hormone production. The suggestive shape of asparagus spears have lead to them being referred to as ‘points d’amour’ or ‘love tips’!

On a less sexy note, the peculiar smell that you may notice upon urination after consuming asparagus is due to a sulphurous compound called methyl mercaptan. Fortunately, not all of us will experience this effect and not everyone has the ability to smell it either!

For a simple, tasty and different way to serve asparagus (and test out a couple of the theories described above), try our Cajun spiced asparagus recipe! 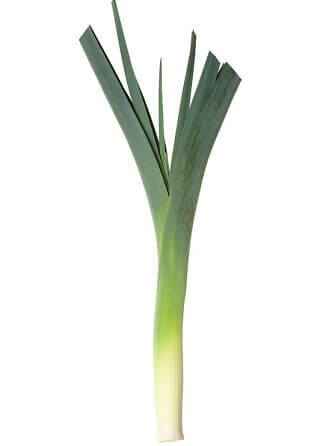 Although it seems they’re just about coming to the end of their best, with St David’s Day kicking off the month of March, it would seem wrong not to give a mention to the leek.

While Max Boyce has been known to carry an enormous leek on stage and rumour has it that in historic legend that King Cadwaladr asked his soldiers to wear them on their helmets in battle to help tell them apart from the Saxon enemy, there is definitely plenty to be said for keeping leeks on our plates and in our bellies.

One of the most off-putting things about leeks can be cleaning them as dirt always seems to find it’s way in between the tightly packed layers. If you’re using chopped leeks it can be a lot easier as, once you’ve chopped off the end and the flags you don’t want, you can cut the leeks in half lengthwise and chop up before popping them in a bowl of cold water and giving them a good rinse with your fingers. Then either drain them in a colander or use a salad spinner. Alternatively there is always the ready prepared option!

Or if your recipe calls for whole leeks you could try compromising a little by cutting them and placing them in the dish cut side down to give the impression of whole leeks. In which case, to wash them cut them in half lengthwise and hold them at the bottom under a running tap and gently bristle out the layers with your fingers to get at the dirt. Or if you absolutely must keep them whole, discard the green top bits you don’t want but don’t chop off the very bottom of the leek. Make some incisions lengthwise from the top down (but not all the way to the bottom) and again run the leeks under the tap and use your fingers to get at the dirt through the cuts you’ve made. Then chop off the bottom and, still under the tap, gently squeeze and rub the leek between your fingers to try to get the water to run through the leek.

There are plenty more tips and ideas on the best way to clean leeks on YouTube.

But their delicate flavour is worth the effort. Delicious simply steamed or fried topped with a knob of butter and lots of freshly ground black pepper, or in a delicious creamy, cheesy gratin.

Or for an extra Welsh-y rarebit, fry up some chopped leeks until they’re just getting soft. I like to add in some chillies so do it while the leeks are frying, though it’s really according to taste. While the leeks are frying, sort out your toast. When the leeks are done add them to a bowl with some grated cheese and egg (quantities depending on how many you’re making and your taste but I would probably say one egg to two pieces of toast) and at this point throw in any bits you like to add e.g. mustard, Worcestershire Sauce, etc., and salt and pepper. Mix it all around and then dollop the mixture onto the toast and pop it all back under the grill until it’s all bubbly, growing on top and the egg is done. Enjoy! 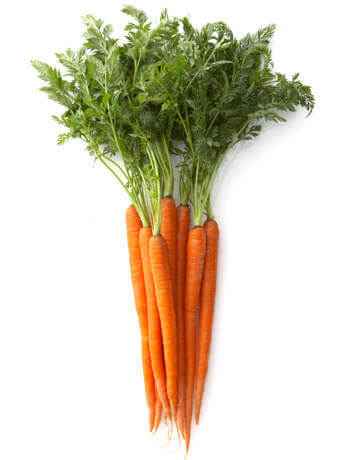 They help you see in the dark, Bugs Bunny loves them, they bring colour to your roast dinner and they’re generally yummy. Hooray for the humble carrot!

Again they tend to be available all year round, so often get overlooked in seasonal lists, but we thought it was time the lovely (usually) orange staple got a mention.

Although we usually think orange when we think carrot, they do come in a variety of other colours including a deep purple and white. The purple carrots tend only to be purple on the outside and still have an orange middle, and can be a bit more peppery than the others while the white ones tend to be sweeter.

A great source of vitamin A, which is essential for healthy eyes, helps boost the immune system and vital for the healthy growth of bones and teeth, carrots are also low in fat and calories. An all round hero on the plate.

The sweetness of carrots goes well with spices such as ginger and allspice, both of which can be simply mixed with some oil to coat carrots for roasting, and who can forget the classic partnering of carrot and coriander in a lovely, warming soup – the colour of which alone can cheer you at the end of a wintry day?

But not only is it great at taking centre stage in a dish, it also adds a certain something to so many dishes when gently cooked alongside onions and celery as in this Spiced Winter Lentil Soup with Zahtar, as submitted by Shaun Kelly (thanks Shaun!).

Or if you’re trying to give your body a rest after any possible festive overindulgence, carrot batons make a great snack – either on their own or dipped into a delicious baba ghanoush or homemade houmous.

And for those of you with a sweet tooth let’s not forget the lovely moist carrot cake iced with a smooth and creamy soft cheese topping. If you’d rather something that comes in a smaller portion size or just can’t get enough of the wave of cupcakes sweeping the nation then feast your eyes on Sarah Cook’s recipe for Carrot and Cream Cheese Cupcakes

“Cauliflower is nothing but cabbage with a college education” Mark Twain. 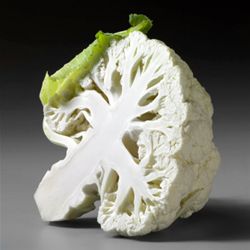 Not a vegetable that necessarily stands out on the seasonal vegetable lists – though it might be because it’s pretty much available all year round. But its brilliant ability to absorb flavours, not to mention the fact that it only has around 28 calories per 100g, makes it a very versatile ingredient for so many dishes. It also contains a significant amount of vitamin C meaning that one serving could give you your day’s worth – ideal to help fend off winter colds.

Because of the way it sucks up other flavours, it’s an ideal vegetable to use in curries and similar side dishes such as Antony Worrall Thompson’s Cauliflower, Spinach and Chickpea Balti or a classic Aloo Gobi, or a traditional Piccalilli – ideal with leftover cold meats as well as cheeses.

And it’s not that hard to find a good way to use any leftover cooked cauliflower – we don’t really need to look much further than a comforting Cauliflower Cheese or used, along with a creamy blue cheese, to make a delicious quick and easy soup. But for an alternative, why not try this lovely Persian Cauliflower Kuku, delicious eaten straight from the oven or the fridge.

Cauliflower is also fantastic as an alternative to rice or couscous. Cauliflower rice is made by blitzing florets in a food processor until they resemble breadcrumbs. They can then be steamed or microwaved and served as a low carbohydrate, grain free replacement to the usual meal accompaniments. For a delicious pizza base with a difference, try our easy Cauliflower Pizza Crust, which you can top with whatever you fancy!

KEEP UP TO DATE WITH US