It can be frowned upon to talk about Christmas too much before December but for some things it’s essential not least for anyone making Christmas cakes and puddings or chutneys or anything from the kitchen to give as gifts.  So the following recipes are not only delicious but help serve as a timely reminder that we need to get a move on!

A big thanks to Margaret Armstrong for donating the Christmas pudding and cake recipes.  She told us: “Both these recipes were used by my maternal grandmother and mother, both of whom made them for family members and neighbours. I have now taken over the recipes and followed their tradition of making them for family and friends.” 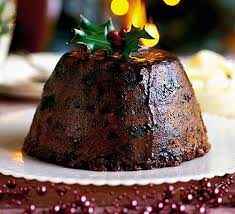 Soak all the dried fruit, nuts and spices in a bowl with the whiskey or Old Ale and gravy browning. Cover and leave overnight, stirring occasionally.

Christmas Cake (can also be used for Wedding Cake)

8 Popular Sandwiches Around The World

In honour of British Sandwich Week, we’re celebrating not just British sandwiches, but sandwiches from all around the world. Join us on a trip to South America, Asia, Africa and...