Dining under the stars on safari 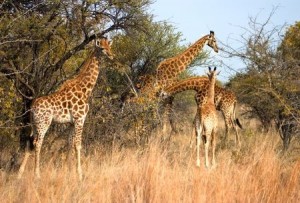 I was first introduced to Bobotie whilst travelling around Zimbabwe in a converted truck in the early 1990s.

Led by a South African guide called Louisa, we jolted along bumpy and dusty roads, stealthily hiked through the bush hoping to spot wildlife, then set up camp outdoors each night. Always as darkness fell, we excitedly but apprehensively listened to mysterious sounds whilst viewing an inconceivably dense display of stars.

One such evening Louisa promised to showcase her national dish of Bobotie, which for me ended up being the most memorable meal of the entire trip. This was not only due to the delicious warmly spiced and fruity flavours of the dish, but also because of the unconventional way it was prepared.

To my astonishment Louisa prepared this meal for all twelve of us on a roaring campfire in the middle of the bush with an armed guard standing by to ward off any inquisitive wildlife. In a huge cast iron pot she slowly simmered the mixture of meat, spices and dried fruits. 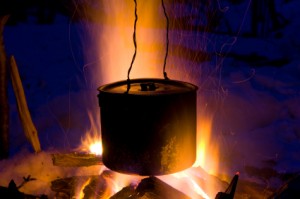 Aromatic hunger-inducing smells wafted through the camp as we waited in anticipation whilst enjoying the local Zambezi beer. Once the meat mixture was cooked Louisa placed the iron lid of the pot directly onto the fire and when it was piping hot she poured an egg mixture over the meat and covered the pot with the hot lid. The heat from the lid cooked the savoury egg custard from above giving the dish its characteristic and traditional topping.

As is often the case with a national dish, there are innumerable variations of the recipe. However, we hope you will be tempted to try ours, where we have used our sultry South African curry powder to infuse the flavours that I remember! 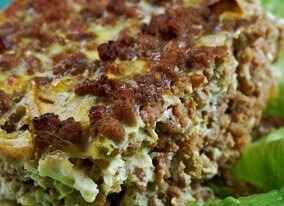 8 Popular Sandwiches Around The World

In honour of British Sandwich Week, we’re celebrating not just British sandwiches, but sandwiches from all around the world. Join us on a trip to South America, Asia, Africa and...