They are not to be confused with the European Laurel Bay leaves more commonly used in Mediterranean cuisine! 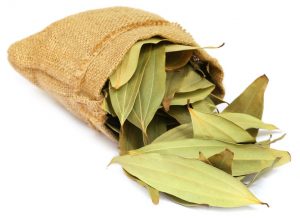 Indian Bay leaves are larger, olive green in colour and have 3 veins running the length of the leaf as opposed to the single vein that is usually present on a Laurel Bay leaf. Their Latin name is Cinnamomum tamala and they are part of the Lauraceae family, yet are often referred to as the leaf of the Cassia plant.

The aroma and flavour of Indian Bay leaves is strongly reminiscent of cinnamon, cloves and cassia. To obtain the utmost benefit the dried leaves should be crushed before adding to a dish. Never substitute a European Bay leaf when Indian Bay leaves are specified in a recipe as the flavour is entirely different. Simply omit them from the dish or consider using a piece of cinnamon bark instead.

Originating on the southern slopes of the Himalayas, they grow mainly in Nepal, Bhutan, Burma and in the mountains of North-eastern India. They mainly grow wild, but are occasionally semi-cultivated and are not widely available outside of this area. 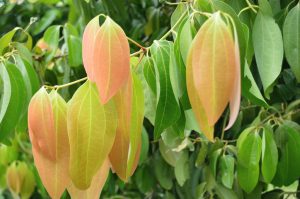 However, they are one of the most commonly used spices in North Indian cooking being an integral ingredient in the mild and aromatic Moghul or Mughlai cuisine. Developed in the Imperial courts of Agra and Delhi, this legacy of the Moghul dynasty is famous for dishes such as Biryani and Korma.

Dried and ground, Indian Bay leaves are added to spice mixes – Garam Masalas – from which regional dishes such as Kashmiri curries are flavoured.

Indian Bay leaves are also a key flavour in the mainly vegetarian cuisine of the Terai region, located on the plains beneath the Himalayan foothills. The Terai cuisine is an even milder version of North Indian cooking. As the region is highly fertile and blessed with a perfect climate for agriculture, a constant supply of fresh vegetables, lentils (dal), rice, cereal crops and fruits is enjoyed.

These flavoursome and aromatic leaves are not readily available but are essential in Indian cuisine as they impart a truly authentic taste to numerous recipes. Consequently we are delighted to add organically produced Indian Bay leaves to our ever-expanding repertoire of the finest international herbs, spices and seasonings. We very much hope that you will enjoy cooking with them!

When it comes to meats, cooking with chicken is great because it’s so versatile. Frying, baking, grilling, sauteing, boiling and roasting are just some of the ways you can prepare...

Menopause is a natural phase in a woman’s life. It marks the end of menstrual cycles and is diagnosed 12 months after a woman’s last period. Menopause brings about many...

What is Aleppo pepper? Named after the Syrian city of Aleppo, you’ll also find this chilli going by the name of pul biber, Halaby pepper or Turkish red pepper flakes....

Barbecue season is well and truly here. Having people round and want to make sure the grill will be packed with big, bold flavours? We’ll let you in on a...